IR35 is the common name given to the intermediaries legislation. That is the legislation governing the tax status of individuals who provide their services through an intermediary, such as a limited company (commonly known as a personal services company or a PSC).

IR35 is a set of tax reforms first unveiled in 1999 by the Inland Revenue. The reforms mandate that medium and large businesses in the U.K. determine if the IR35 rules apply to their contractors and freelancers. Previously this was determined by the contractors themselves.

New IR35 legislation that was introduced in April 2021 was designed to enable more effective enforcement of existing rules, shifting the compliance burden to clients. For example the change allows HMRC to pursue one company in respect of 200 contractors, rather than carrying out 200 individual contractor investigations.

IR35 targets individuals that provide their services via an intermediary, most commonly a limited company. Under the current IR35 rules, these individuals assess each contract and determine whether IR35 applies. When it does, income received from that contract should be treated as employment income. This means it’s subject to tax deductions and national insurance contributions.

As of April 2021, the responsibility for making this IR35 determination falls to the end-user of the services (typically employers that engage contractors). The organisation paying for the services will be responsible for making the relevant deductions.

IR35 is here. are you compliant?

The HMRC has the authority to investigate the tax compliance of organisations, and this allows them to explore the employment status of any off-payroll workers providing their services to private sector clients.

Where it is found that an individual has been incorrectly categorised as being outside of IR35, the HMRC will issue a determination requiring the unpaid PAYE tax and National Insurance Contribution liabilities — including any late payment fines and interest — to be paid.

In addition to these fines, HMRC has the discretion to issue a penalty ranging from 0-100% of the initial outstanding liability. If an incorrect determination has been made in the absence of reasonable care, it is likely that a severe penalty would be awarded alongside the unpaid taxes.

It is clear that non-compliance with IR35 can bring with it potentially crippling financial implications. It’s critical that you get up-to-speed to avoid any unwanted penalties.

Your business has likely already seen so much disruption over the past two years, and IR35 may be an unwanted distraction that you are yet to engage with. Our team of experts can assist you by providing a tailored solution to safely and efficiently manage you through the changes to avoid unnecessary disruption.

how can we help?

the time is right for SOW services procurement.

With Ltd. Company contractors facing greater financial obligations under IR35, you can expect that more will seek alternate working arrangements more often. How can you access the talent you need and get work done in a compliant way?

Statement of work (SOW) services align closely with the key tenets of IR35: supervision, direction, control, right to substitution and mutuality of obligation. But it takes the right technology, expertise and processes to manage SOW services procurement compliantly and efficiently. 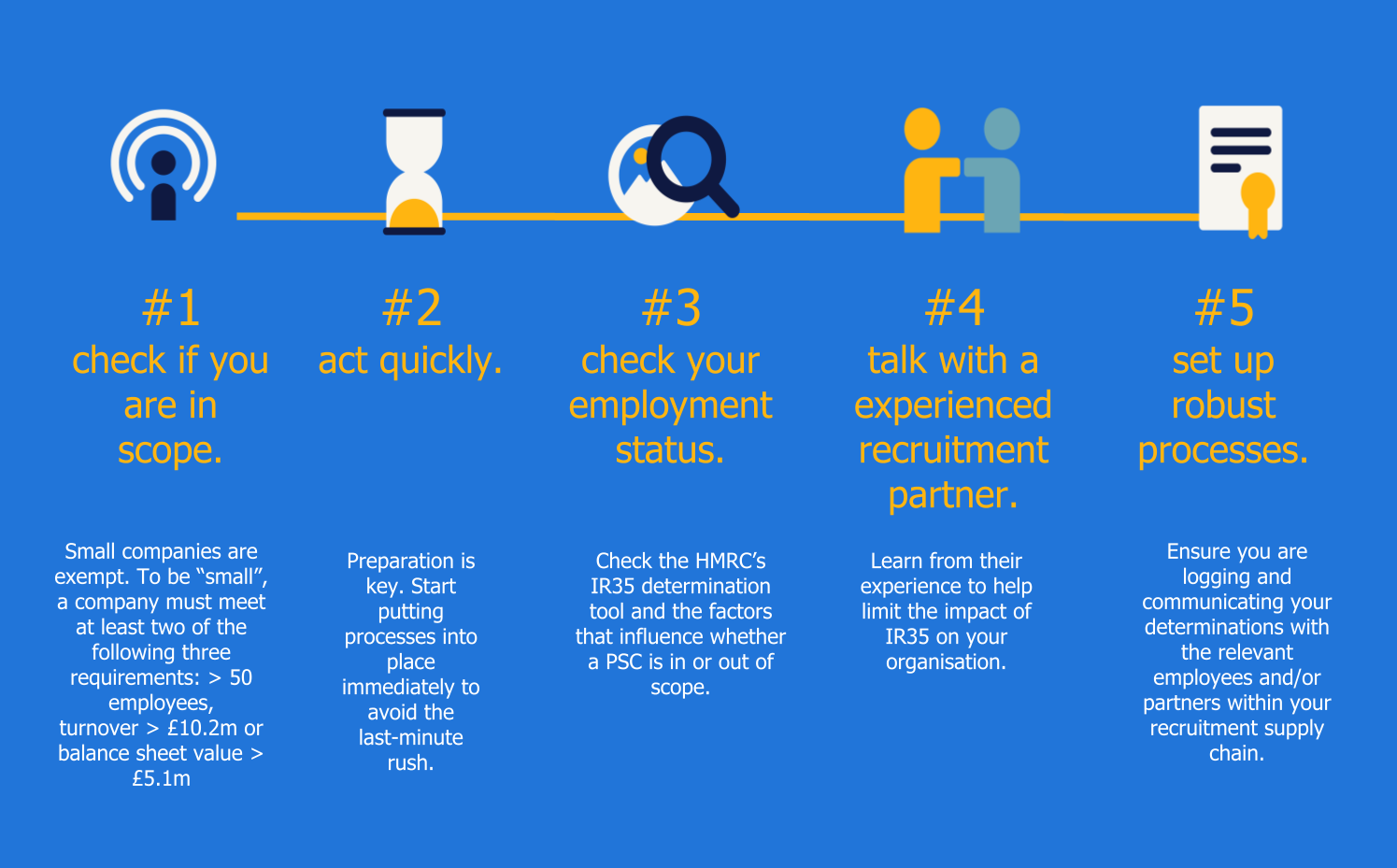 get focused on IR35 compliance to reduce your risk.

speak to an expert